Ultimately, the two pilot project partners, along with support from global consultancy EY, aim to demonstrate how Interbit – and blockchain transaction ledgers and smart contracts more generally – can reduce the costs of energy trading, transaction processing, bookkeeping and administration industry-wide.

Slated to begin in March and end in May this year, project partners intend to assess the results with an eye towards developing business models and strategies to expand on the pilot and introduce it commercially, according to a press release. 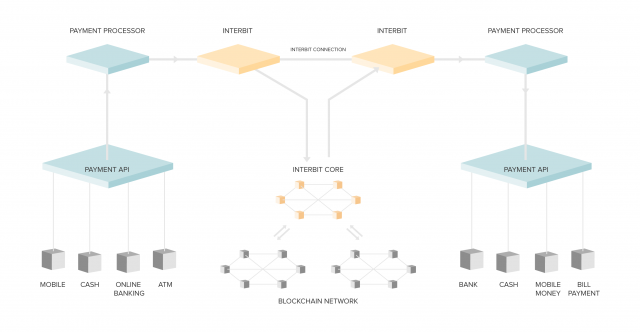 Focusing on the finance, energy and gaming sectors, BTL is among the first blockchain platform developers to widely market what’s billed as a commercial-grade, enterprise-scale blockchain-based transaction processing and record-keeping platform.

Operating from offices in Vancouver, Canada and London, England, the company has been demonstrating prototypes of its proprietary Interbit interbank payment network and settlement-asset trading solution. As management describes it:

“Interbit is an open, multi-chain, asset settlement platform with a suite of APIs and smart contracts that allow businesses from across the world to provide global access to fast, secure, and auditable financial and asset trading services.”

EY Austria’s Andreas Freitag alluded to the numerous, disparate types of software applications and notoriously awkward state of energy trading transaction processing and administration that exists in power/energy markets worldwide as the primary motivation for the BTL-Wien Energie pilot project.

“The energy industry has a complex ecosystem with a myriad of business lines from raw material exploration to electricity generation and delivery. Currently, record keeping and data management are incredibly cumbersome leading to costly mistakes when it comes to trading energy products and tracking asset ownership,” he was quoted.

“From the work we have done so far, we have demonstrated how the Interbit platform can vastly improve existing infrastructures. We believe this project we are undertaking with some of the world’s largest energy companies will further prove how our blockchain technology can increase efficiencies and lead to considerable cost savings for energy companies.”

Wien Energie and the Vienna Model

Wien Energie Vertrieb has energy supply contracts with some 1.2 million private customers and supplies around 230,000 businesses and 4,500 farms in the Greater Vienna metropolitan area with electricity and gas, according to the company. The company’s core responsibilities revolve around undertaking and management of energy sales. 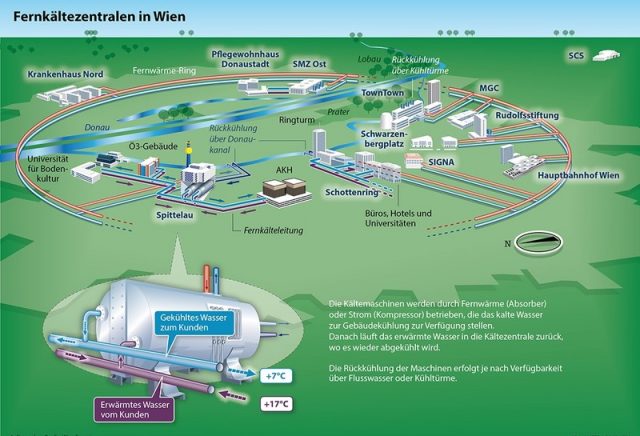 Wien Energie’s energy services operations are based on what’s known as the Vienna Model. The Vienna Model, in turn, centers on CHP (Combined Heat and Power) cogeneration to make use of what would otherwise be waste heat.

Capturing heat from thermal power generation for district heating, Wien Energie reduces CO2 emissions by as much as 3 million metric tons of CO2 emissions, while at the same time substantially boosting overall energy production efficiency as a result. Around one third of district heat that is fed into Vienna district heating network spanning some 1,200 km is produced from thermal waste recycling, , the company highlights.

Turning to renewables, Wien Energie is expanding its distributed solar and wind power services and investments. It offers two types of turnkey, brand-name solar PV solutions, one whereby a customer leases a Wien Energie PV system and another where the customer leases the space for one to the energy services provider.

When it comes to wind power, Wien Energie expanded use of its “citizen participation model” to include wind power for the first time in summer 2015. All the shares in the Pottendorf/Tattendorf “citizen wind power plant” were sold within seven minutes of the offering’s open in the fall of 2015.

Haiti Solar Micro-Utility Amps Up, 20x Expansion in Customer Base on Tap