The necessity of transporting diesel and other fossil fuels used for transportation along lengthening supply lines has a weak link and led to many lives being lost while carrying out military campaigns and running forward operating bases (FOBs) since the outbreak  of World War I. 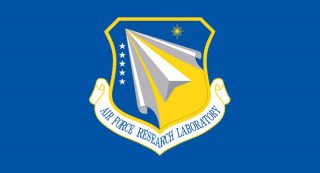 Supported by federal renewable energy and cleantech policies and programs, practically all seven branches of the U.S. Armed Forces have been conducting and funding R&D projects, as well as installing solar PV, energy storage and hybrid renewable energy microgrid capacity both at home and abroad with an eye towards alleviating dependence on fossil fuels and enhancing the overall effectiveness and efficiency of their operations. Adding to the benefits are reductions in greenhouse gas (GHG) emissions and negative ecological impacts, which are wide-ranging and substantial.

Reporting for Air Force Technology, Claire Apthorp spoke with lithium-ion (Li) battery manufacturer and microgrid systems integrator EnerDel regarding the Indianapolis-based company’s participation in an initiative that aims to develop and make use of innovative energy conversion technologies to create hybrid solar-energy storage systems for the U.S. Air Force (USAF).

EnerDel initially attracted the interest of the USAF in 2013 based on a demonstration of mobile hybrid power system (MHPS) it was developing that employs its LiB technology to minimize use of diesel fuel for power generation. EnerDel demonstrated a 10kW split-phase MHPS with 30kWh of energy storage, a 10kW diesel generator and a 10kW inverter at a Marine Corps Experimental FOB event, Apthorp reported. 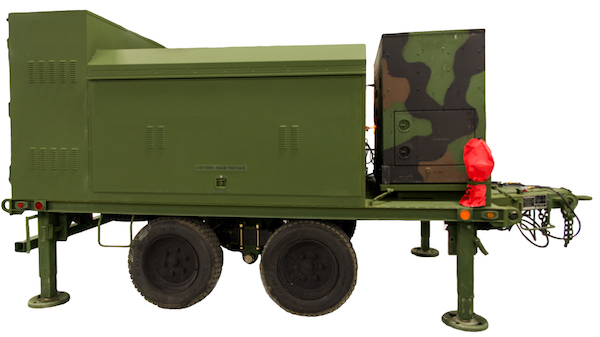 “This unit was primarily used to demonstrate fuel savings by running the generator at its optimum fuel consumed to power produced level anytime the generator was on,” EnerDel’s sales manager for grid and energy storage recounted.

“The energy consumed from the load was subtracted from the energy produced with the excess energy directed into the energy storage system (ESS); once the ESS was topped off, the generator would be turned off and the loads supported with power being drawn from the ESS.”

That led to a contract with the U.S. Army Corps of Engineers at the Engineering Research and Development Center-Construction Engineering Research Laboratory (ERDC-CERL) that entailed integrating its Tactical Quiet Generator (TQG) and solar power generation capacity into an MHPS.

“The resulting system integrated an onboard 15kW TQG, available solar inputs, an 80kWh ESS, and 45kW 208VAC 3 Phase 60Hz inverter with controls and I/O capable of also controlling an external TQG up to 60kW, with separate outputs for critical and non-critical loads and automatic load shedding,” Apthorpe explained. In addition, EnerDel designed the system so that it was able to dispatch stored energy to the inverter and in parallel use the generator. 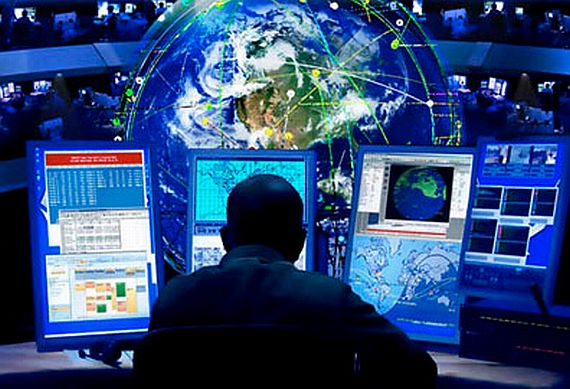 As EnerDel’s Becherer explains: “Ten of the 11 systems were installed at the base on solar shades that are installed above the personnel tents for recruits undergoing training for conditions at FOBs. These systems switch the power feed to each tent’s lighting and environmental control units from the grid to solar and stored energy as it is available.

“Once the sun is down and the ESS has depleted its energy to its targeted state of charge, the system returns the loads back to the grid power. Studies between various sites are being evaluated in an effort to determine the viability of solar as a power source in actual FOBs.”

With the USAF-URDI project drawing to its close, EnerDel is continuing to develop and refine its hybrid microgrid and MHPS as the USAF and URDI compile and evaluate the results in order to produce their report. The company is working to reduce the weight of the systems, as well as their costs and parasitic energy losses, as well as make them more rugged in design and more flexible in terms of configuration.

EnerDel sees those investments paying off not only with regard to military applications, but commercial utility applications as well. “Hybrid power production as a micro-grid solution eliminates the need for long transmission lines, centralised grids and controls that carry power across thousands of miles, and a distributed or micro-grid could be used to provide cost effective power in a wide variety of applications,” Becherer said.

“The main hurdles are producing a robust product with remote monitoring from a central point to anticipate maintenance issues or dispatch more fuel, changing the paradigm of the power consumer and industry, and gaining product awareness with the opportunity to prove performance and reliability as a viable alternative to the present emergency and conventional power systems.”