A new record in the burgeoning, borderless “cryptocurrency” and blockchain marketplace was set last week when when the total traded value of digital tokens issued by Germany-based IOTA Foundation on the Bitfinex electronic exchange surpassed $1.5 billion.

Described as a blockchain systems platform without the blocks, IOTA claims its Tangle distributed ledger and P2P networking platform can create highly efficient zero-cost digital trading/transaction networks. Tangle underlies and supports IOTA token transactions, which authenticate the identity of their owners and tokens’ value. Much more than a digital cryptocurrency, IOTA tokens can also open gateways for individuals and organizations, or rather their digital, virtual proxies and automated software agents, to carry out activities across what IOTA expects and hopes will be a virtually limitless vista of distributed, peer-to-peer (P2P) Tangle network transaction and distributed ledger systems and applications.

We were able to get in touch with and gain some insights as to IOTA and Tangle’s prospects across the mini/microgrid and distributed clean energy value chain from US-based IOTA Foundation Member David Cohen, a pioneer in the development of cutting and leading grid-edge, distributed computing, smart buildings, smart cities and “Energy Internet of Things” (Energy IoT) environments.

Microgrid Media became aware of and began reporting news regarding IOTA Tangle and its prospective use in the energy sector back in April. While additional news specific to prospective applications in the solar or renewable energy market space was not revealed in reports of IOTA’s latest, record-setting public digital token sale, we’ve been reporting on a growing number of early stage blockchian energy “proof of concept” projects and field trials. 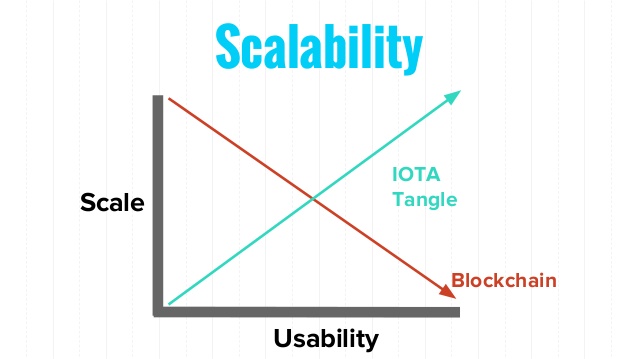 Given all its touted advantages and benefits, IOTA’s Tangle may mark the next pivotal point in the evolution of a largely, if not wholly, automated, autonomous and borderless digital economy driven by virtual business entities and their network software agents undertaking transactions autonomously inside the organization, as well as in private and public digital marketplaces, such as Bitfinex.

A Virtually Limitless Vista of Applications 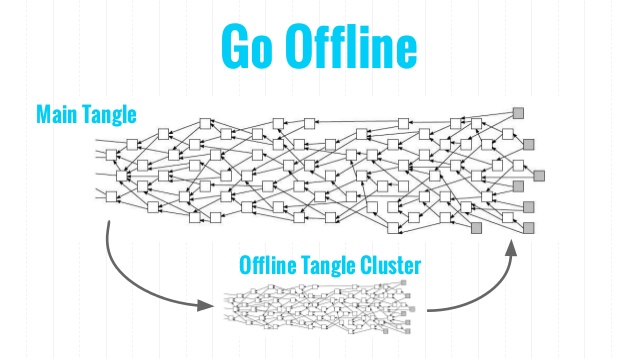 The number and variety of application scenarios of these IoT-”Machine to Machine” (M2M)-driven transaction networks is multiplying to encompass business-to-business (B2B), business-to-consumer (B2C), government-to-business and government-to-public transactions, as well as digital exchanges or marketplaces open to all comers. Specific examples include:

As explained by Bitfinex, “IOTA’s distributed ledger platform provides the foundation for what is described as ‘cost-neutral exchange of value’ across the Internet of Things (IoT).”

The Key to Unlocking the value of IoT Networks

Furthermore, IOTA says Tangle enables companies to explore and realize IoT networking and M2M communications much more efficiently, comprehensively and much more cheaply “by making every technological resource a potential service to be traded on an open market.”

Leading lights in the development of pioneering distributed computing-communications and distributed renewable energy, smart grid, connected infrastructure and clean tech have signed on and joined IOTA and are contributing to its ongoing development and commercialization.

Welcoming Cohen as a Foundation Member, IOTA wrote: “We are electrified at the opportunities this opens for the IOTA ecosystem in the realm of Transactive Energy and Smart Grid applications.”

IOTA and the Evolution of the Distributed, Clean Energy Internet of Things

“IOTA provides a robust infrastructure that be can allow these diverse DER systems to be safely aggregated in both grid and non grid-interactive modes.

“As well, IOTA is the only technology that will support peer-to-peer energy sharing and trading with no transaction fees, scalability, or availability issues. The same holds true for industrial power systems and utilities, as well as any critical infrastructure project in terms of IOTA’s ability to securely integrate traditional utility and industrial plant distribution automation and SCADA (Supervisory Control and Data Acquisition) with the many IoT networks that are emerging.”

In essence, “IOTAs Ledger of Everything will become the backbone of the IoT,” he concluded.