From the Arctic Circle to the Four Corners area of the southwestern U.S. and the far reaches of Patagonia, indigenous peoples live in some of the most remote, isolated communities on the planet. That includes Western Australia, home to some of Australia’s Aboriginal communities.

Common across these disparate, diffuse population centers is reliance on diesel fuel for power generation and/or long distance transmission and distribution of electricity, a dependence that imposes a heavy toll and makes for some of the highest electricity costs in their respective nations. That’s changing as the costs of both solar energy and lithium ion-based battery storage capacity continues to decline.

Typically hot and arid with plenty of sunshine and dotted with communities and population centers separated by long distances, Western Australia makes for prime solar energy territory. Perth, the state capital, is the most isolated continental city in the world.

Expected to commence around the middle of 2017, the off-grid renewable microgrids in Joy Springs and Yakanarra are slated to come online in this year’s fourth quarter, according to One Step Off the Grid. In addition to reliable, emissions-free electricity, EMCK also signed an agreement with Eastern Guruma to supply and install 10 solar-powered water pumps connected to a remote communications platform that will provide drinking water for livestock at the Mount Barnett Cattle Station.

Remote communities across Western Australia are in need of local, proven renewable energy solutions to better assure their survival and sustainability, according to Dickie Bedford, CEO of the Marra Worra Worra Aboriginal Corporation.

“Our investment in solar will help to reduce remote Indigenous communities’ reliance on diesel power stations and provide long term independence,” he was quoted.

EMCK just opened the doors at its corporate headquarters in Broome, just north of Perth on Western Australia’s Indian Ocean coast. The location is ideal given EMCK’s plans to expand by providing off-grid solar-storage and water resource management solutions in the northern part of the state. Being based in Broome will make it much easier for the company to engage with local community members, as well as industry, government and other stakeholders throughout the Kimberley region, EMC managing director John Davidson explained. 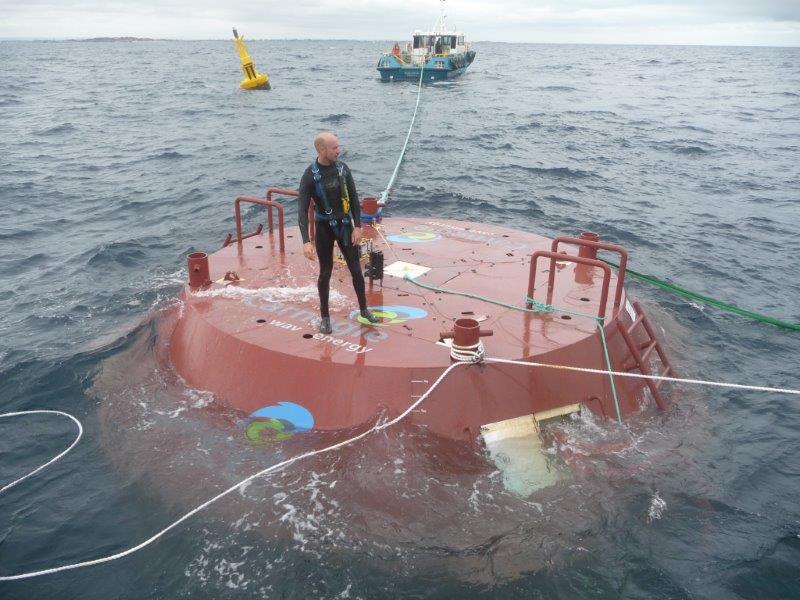 Seeing bright prospects for solar-storage and renewable microgrids in Australia, Carnegie Wave Energy paid A$13 million in shares and cash to increase its equity stake in EMC to 100 percent this past October.

A world leading developer of wave energy systems, Carnegie is designing a microgrid-powered seawater desalination plant on Mauritius and the neighboring island of Rodrigues.

Part and parcel of a strategic renewable energy assessment and roadmap development project funded by the Australian and Mauritian governments, Carnegie’s Mauritian Wave and Microgrid Design Project is the first in the world to incorporate electricity generated by ocean wave energy and integrate it with solar PV generation and battery-based energy storage.